Your Guide For Moving to Boston 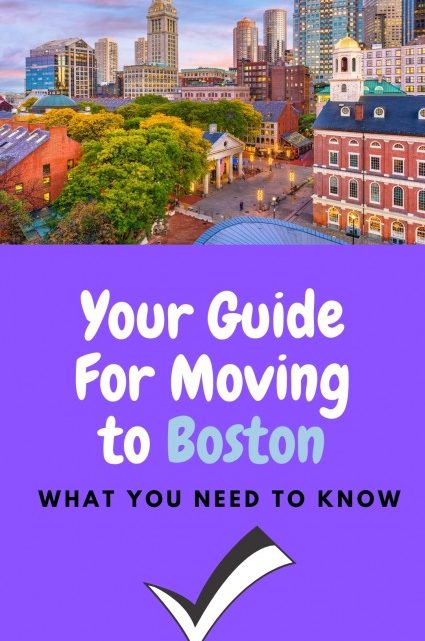 What to Know About Moving to Boston

Boston is one of the most thriving cities in the country, and there are many reasons to move here. From a booming economic base and diverse employment opportunities to one of the most highly ranked educational scenes in the world, you’ll have plenty of options if you move to this city.

However, as such a large and diverse place, there are a few aspects you’ll want to consider in order to understand which area might be the best fit for you. Fortunately, this guide for moving to Boston should be a great starting point for your journey. From the general city vibe to the cost of living, here’s what you need to know: 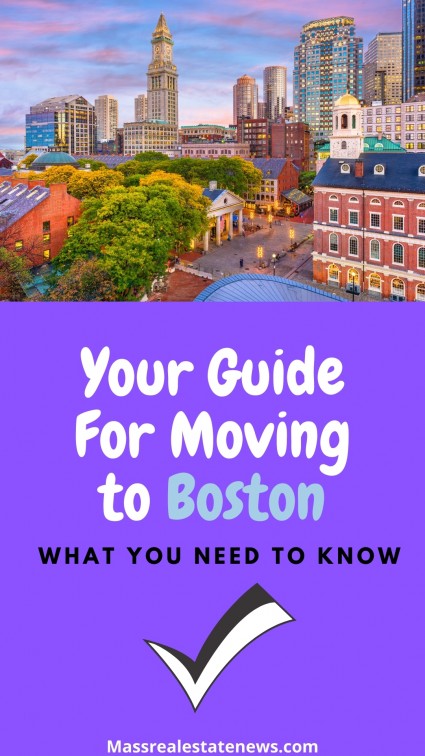 Boston is the capital city of Massachusetts and is located in New England on the northeastern coast of the U.S. It has a humid climate with hot summers, cold winters, and frequent storms. The city is also a combination of old and new, carrying its heritage as one of the oldest municipalities in the country, while also being a leader in tech and innovation.

With a population that exceeds 690,000, Boston is a very diverse place. A variety of people — including many college students — come here from all over the world. As such, its residents also place particular emphasis on philanthropy. Notably, Boston is also a city of young people — both students and professionals — and the median age here is about 32.

The city is also made up of many neighborhoods that differ not only in terms of their architecture but also in their general feel, which is why many people with different goals and needs can find a place to call their home.

Cost of Living in Boston

Because of the many opportunities it offers, Boston is also among the most expensive markets in terms of the cost of living. In fact, the average rent for a Boston apartment can exceed $3,000 per month, but it does depend on where you want to rent.

That’s why it’s usually best to find a neighborhood that suits your lifestyle and is also close to public transportation. For example, if you don’t need a large apartment and can rent further from downtown, you can find apartments for less than $2,000 per month. Until Covid-19 hit, renting an apartment in Boston was challenging as demand far outstripped the supply of rentals.

To that end, Boston’s public transit systems are some of the best and oldest in the country, and many people choose this commuter lifestyle. Specifically, the fare for one ride is around $2.60, whereas a day ticket will cost you $12. You can also purchase a monthly ticket with unlimited fares. Plus, the city is quite walkable, and there are many pedestrian-only areas.

Meanwhile, the cost of food and groceries is a bit higher here than the national average, but it is still less expensive than other large markets, such as New York. It has been reported that housing in Boston has been shrinking in size over the last handful of years. It is unclear if that trend will continue or not.

If you’ve decided Boston is for you, then it’s time to figure out exactly where you want to live. There are many neighborhoods suited for different lifestyles, and it all depends on where you need to be. For instance, if you’re working remotely, you can find a place where you can balance the amenities with the cost of living. You can also use a rent calculator tool — which shows you how much you have to spend on a rental based on how much you earn — to assist you in your search.

Likewise, you also should plan for how you’re going to get your belongings to your new place. Along these lines, it’s also important to declutter and reduce the number of items you need to bring with you — especially if you’re moving by car. Keep in mind that you can always hire a moving company to help or ship your items ahead of time if you’re moving from out of state.

Now, let’s take a look at some of Boston’s neighborhoods, and see which want might be best for you. If you’re here for university, Allston and Brighton are two neighborhoods that many college students call home. In these areas, you’ll also find a growing community of young professionals.

If you’re looking for the more picturesque parts of the city, Back Bay is the place for you. Once a watery part of the Charles River, the area was filled in with land in the late 1800s. After that, it became the home of wealthy residents who invested in the area; it is also now the home of Newbury Street, Boston’s upscale shopping neighborhood.

The neighboring South End is a popular area, with its rich entertainment and arts scene. Foodies can rejoice here, seeing the high-end restaurants. Here you will experience the dreamy part of Boston, seeing the beautiful architecture of the homes adorned with flower boxes and strolling down the gaslight street lamps. Similarly, a walk down the narrow streets of Beacon Hill and its charming brick apartments will transport you back in time.

Downtown Boston is the city’s central business district and the largest of the city’s commercial districts. It is home to many corporate or regional headquarters, and it has also served as the longtime hub for the government. Since the 1700s, this area was where city, county, state, and federal government facilities were built.

Another beautiful neighborhood is Roslindale, known as the “garden suburb” neighborhood due to the fact that the Arnold Arboretum, a 265-acre park, is located here. The neighborhood’s colonial homes have been transformed into apartments. Another option for those who want to live in a green area is Jamaica Plain. Surrounded by the Emerald Necklace and Franklin Park, and home to the gorgeous Jamaica Pond, Jamaica Plain is a dynamic and diverse neighborhood, with many green spaces and strong local businesses.

If you’re a baseball fan, you might consider Fenway Kenmore, home of Fenway Park. This ballpark is home for the Boston Red Sox, the city’s American League baseball team.

Final Thoughts on Living in Boston

Now that you have an overview of these places, you might have a better idea of where you want to go. When it’s time to settle in, you can still get a feel of the Boston culture — even during the pandemic — by viewing virtual tours of major events. However, just walking around will also give you a good idea of the city. As you see the old, historic buildings amongst the new skyscrapers, you’ll experience the combination of American history and modern amenities of the community that you’re joining. 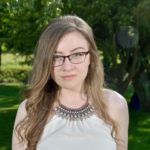 About the author: The above article on moving to Boston was written by Mihaela Buzec. Michaela is a passionate reader and writer with an affinity for language and linguistics, as well as the latest technological developments. She discovered her passion for real estate at RENTCafé, and you can read more of her articles on their blog.

Next post Top 5 Smart Home Improvements To Do This Fall