Massachusetts Tax Stamps and Other Costs to Sell a Home

Price Per Square Foot is Misleading for Real Estate Values

When to Lock a Mortgage Interest Rate

In Real Estate When in Doubt Disclose!

Boston Home Sizes: Both Apartments and Single-Family Homes Get Smaller 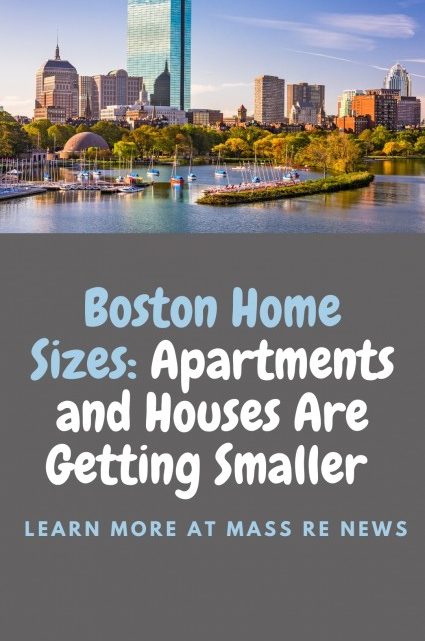 What is Happening to Housing Size?

Did you know that both single-family homes and apartments have been shrinking in size? When renting a house or apartment, you may notice that your choices today might seem a bit smaller than they used to be. Surprisingly, trends in home building suggest we are on a downward scale when it comes to housing selections.

New single-family homes in the United States got significantly bigger over the past decade, while new apartments lost to space, according to recent STORAGECafe research. New homes built in 2010 had an average size of 2,468 square feet, by 2019, they had grown to 2,611 square feet, an impressive 143 square feet bigger.

Another notable trend is building more single-family homes with multiple bedrooms – about 43% of the single-family homes erected in 2019 had four or more bedrooms, compared with only 35% in that category built-in 2010. However, in the case of apartments, it’s the share of one-bedrooms that increased – about 35% of apartments built in 2010 had one bedroom, but, by 2019, their proportion increased to 42%.

The volume of new construction also expanded over the past 10 years. In 2010, about 500,000 single-family homes were built throughout the country, but the number almost doubled by 2019, with more than 900,000 homes being constructed last year. Believe it or not, 2019 represents the decade’s peak in terms of single-family home construction.

In terms of multifamily construction, the last five years saw new apartment deliveries surpassing 300,000 units each year. The sector peaked in 2017 when 357,000 apartments were added to the national inventory, while 2019 saw the addition of 353,000 new apartments. 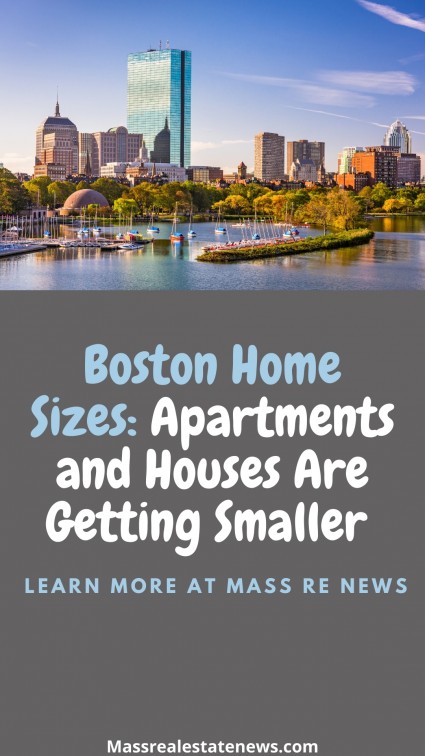 New Boston apartments 120 square feet smaller than a decade ago

Apartments are on a steep decrease in Boston, just as at the national level. New apartments built in the city in 2010 had an average size of almost 890 square feet. By 2019, newly built apartments were around 766 square feet, that’s about 120 sq. ft. smaller than in 2010. In other words, Boston apartments lost an entire bedroom over the past 10 years.

This might leave many of the city’s residents – particularly those who found themselves working or studying from home – scrambling for space. The solution comes in the form of self-storage – storing less frequently used items that are occupying space to make room for other activities. The Boston self-storage market is well equipped to respond to this need for extra space, with more than 400 storage facilities in the metro area, totaling approx. 22.6 million square feet. The average street rate for a self-storage unit in Boston hovers around $140 per month.

The size of new single-family homes in Boston is also on a descending path, but this is contrary to the national trends. The largest homes were built in Boston from 2000 to 2009 – the average surface area of new homes constructed during that period was 3,545 square feet.

The average size of new homes registered a rather steep decrease starting from 2010. New single-family homes built in Boston between 2010 and 2015 were 2,676 square feet, on average, or almost 870 square feet smaller than the ones constructed during the previous decade.

Among the country’s largest 30 cities, Chicago leads in terms of the size of new homes. The single-family homes built in Chicago in 2019 had an average size of 3,330 square feet, or 916 square feet bigger than the ones built-in 2010.

Jacksonville enjoys the largest new apartments, while Seattle offers the smallest ones

New apartments built in Jacksonville in 2019 had an average surface area of 987 square feet, and, although 93 square feet smaller than the 2010 average, were still the largest among the country’s top 30 cities.

Houston, Texas, takes second place, with the average size of new apartments from 2019 being 937 square feet. Another Texan city, Fort Worth, enjoys the third-largest new apartments, with an average surface area of 921 square feet for those built-in 2019.

At the opposite end of the spectrum, the smallest new apartments among the country’s top 30 cities are being built in Seattle, where the average apartment built-in 2019 was 676 square feet, about 86 square feet smaller than the ones constructed in 2010.

New York City’s new apartments, at 726 square feet in 2019, are the second smallest, losing about 17 square feet over the past decade. Washington, DC, comes next, with new 2019 apartments having an average size of 737 square feet, representing a drop of almost 90 square feet since 2010.

At 766 square feet in 2019, Boston’s new apartments are roomier than those in the cities mentioned above. In fact, new apartments built-in 2019 in Boston are comparable to the new ones in San Francisco, which had an average size of 767 square feet.

However, there’s a big difference between the two cities when it comes to trends. While Boston’s new apartments lost space appreciably – 120 square feet – during the past decade, the ones in San Francisco actually added 107 square feet. This addition makes San Francisco the city with the largest gains in terms of the average size of new apartments.

The past few months have fundamentally changed the way people are using their homes – living space now must fulfill more roles than ever before. It remains to be seen how that shift will impact the future of housing in the US and the size of new homes and apartments.

The days of “having a bigger house is better” thought process may be waning. More and more people are choosing quality over getting something larger in size. Amenities and features have become far more vital to people whether renting or buying.

These are strong considerations for builders to consider when constructing their projects. It seems they have been listening. 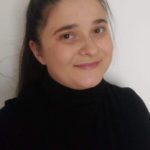 About the author: The above article on homes and apartments getting smaller was written by Maria Gatea. Maria is a creative writer for STORAGECafé with a background in journalism and communication. After covering business and finance-related topics as a freelance writer for fifteen years, she is now focusing on researching and writing about the self-storage industry.

Massachusetts Tax Stamps and Other Costs to Sell a Home