The Most Dangerous and Safest Metros to Live In 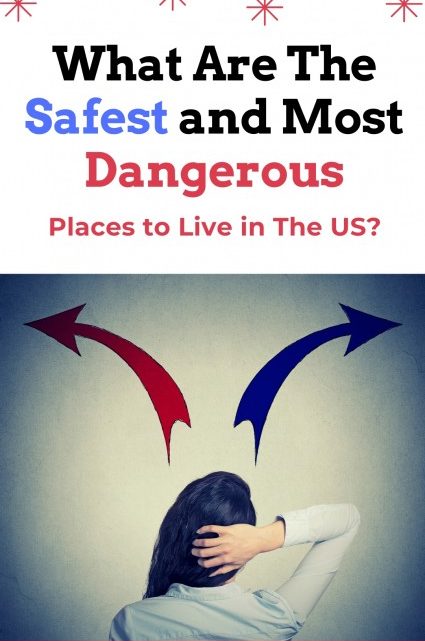 The Safest and Most Dangerous Areas to Live in The US

Are you considering relocating and buying a new home? When Americans decide where to live, one of their primary concerns is safety. They check the latest crime stats and rankings, and they base a lot of their decision on what they find there. So most people would be surprised to learn that the way we traditionally measure urban safety is all wrong.

The data came to some astonishing conclusions about what cities are high-risk, which regions of the U.S. are safest, and the actual Most Dangerous City in America. Let’s unpack some of the findings. 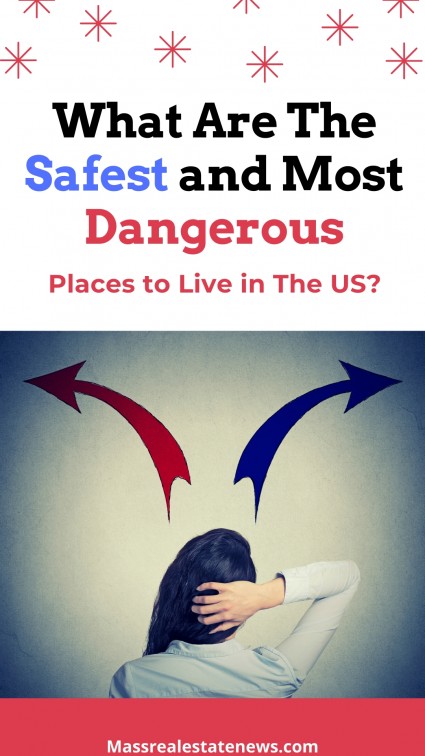 America can seem like a dangerous place if you’re just looking at the raw numbers: after all, over 8 million crimes were reported in the U.S. in 2018. But a little context goes a long way. Crime rates are far lower than they were even 20 years ago and are on an evident long-term decline.

We’re actually safer than we’ve ever been, and even the cities that are often cited as perilous and crime-ridden are mostly harmless when you crunch the numbers — considering that the perception of danger can have a considerable impact on property demand, nearly as much as actual threat can impact factors like insurance rates and home values.

Note: You can actually use home valuation tools to see how crime impacts home values, so it’s of particular interest to home buyers and sellers alike.

The Clever study uncovered two main factors that make conventional crime stats less than accurate. First, crime statisticians tend to make an arbitrary division between cities and their surrounding suburbs (where more people actually live), rather than calculate crime rates for the entire metro area. This can produce a misleading and often meaningless crime rate.

Second, the study used a comprehensive risk profile that looked at more factors than just crime. After all, the likelihood of being in a traffic accident, contracting an infectious disease, or drinking contaminated water, are all legitimate dangers on the same order as, say, the odds of having your mailbox vandalized. To get a complete picture of how dangerous a metro area is, you have to look at more factors than just crime.

This study gave different weight to various factors; violent crime like robbery, murder, rape, and aggravated assault was weighted at 3x, natural disasters were weighted at 2x, transportation fatalities were rated at 2x, property crime was weighted at 1.5x, and drinking water contamination was weighted at 1x. Taken together, these factors revealed some interesting patterns.

The Most Dangerous Metro Areas in America

The top ten spots on the list were dominated by small to mid-sized cities in the South and the Midwest; entirely absent were huge, mature coastal cities like Chicago, New York, or Los Angeles, or cities with bad reputations like Baltimore (12th), or former “murder capital,” Washington DC (33rd – safer than Portland, OR, Columbus, OH, and Salt Lake City, UT).

That’s right – friendly, vibrant Memphis, home of Beale Street and the best BBQ in America, is also the country’s most dangerous city.

Why? Well, it leads the rankings in violent crime and property crime per 100,000 residents. It has twice as much violent crime as New Orleans, four times as much as Washington, D.C., and six times as much as New York City. Its rate of property crime is twice Sacramento’s, and over four times higher than Chicago’s. It also had the second-worst rate of transportation fatalities, behind only Birmingham, AL, and got moderately bad scores in drinking water and natural disasters.

Memphis is a top destination for tourists, and with good reason. But if you head there, watch your back, keep an eye on your bags, and look both ways when crossing the street.

The second-most dangerous city on this list is also in the South. The largest and most populous city in Alabama, Birmingham secured the #2 spot on this list by having the second-highest rate of violent crime, and the highest standard of vehicular fatalities. The city’s one bright spot was that it had the second-lowest rate of property crime out of all the cities studied.

While most people think of Oklahoma City as a wholesome Midwestern city, the data shows that it’s a surprise entry as the third most unsafe city in the country. OKC was in the top ten for violent crime, property crime, transportation fatalities, and natural disasters, and also had the most drinking water violations of any metro area.

If you travel to Oklahoma’s capital, stay vigilant, and buy bottled water.

Kentucky’s capital city is the third Southern city in the top four. In addition to a 3rd place spot in the property crime category – lock your car doors in Louisville – and the 7th highest rate of transportation fatalities, the city’s top overall ranking is due to placing in the middle of the pack in every other category, too. With higher than average natural disasters and violent crime, this genteel city is more dangerous than it might appear at first glance.

Rounding out the top five is yet another Southern city. (See a pattern yet?) Nashville is gaining a reputation as the Las Vegas of the South, but it’s a lot more dangerous than Sin City. Though it ranks quite favorably in property crime, natural disasters, and water quality, those aren’t enough to outweigh a violent crime rate that’s 6th highest in the nation, and a transportation fatality rate that’s 4th highest.

The Safest Cities to Live in The US

New York City ranked near the very bottom of both crime categories, as well as transportation fatalities; even taking into account the fact that it had the most natural disasters of any metro area in the study, it’s still one of the safest cities in the U.S.

Denver had the third-lowest property crime rate, the very lowest violent crime rate, the sixth-lowest rate of natural disasters, and ranked in the weakest quarter for transportation fatalities.

Final Thoughts on Where to Live

Hopefully, if you have been thinking of moving this information on where to live has been helpful. Many folks want to live in an area they know they’ll have a general feeling of being safe. Unfortunately, that cannot be said for some places you may have originally thought to be acceptable. Use this guide to make sensible choices about the next place you want to call home.

Do you love educating yourself with exceptional real estate content? If so, have a look at the articles below that are filled with valuable real estate advice. If you are going to be buying, selling, or renting a home, you’ll love the content.

Take a look at all of the additional resources – each one is full of useful information. Use the tips to make the best decisions possible when you are buying or selling your next home. 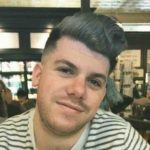 About the author: The above article on the most dangerous and safest metros to live in was written by Reuven Shechter. Reuven Shechter is a Marketing Analyst at Clever Real Estate, focusing on creating fantastic content that educates home buyers, sellers, and investors.