Should I Move or Improve My Massachusetts Home? 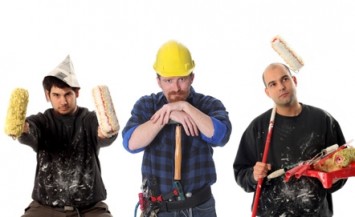 As a Massachusetts Realtor getting asked the question should I move to another home or improve on my existing home is something I hear fairly often.

The answer to this question often depends on each individual home owners circumstances.

There is no question that now is a great time to remodel a home in Massachusetts for a number of reasons. The 1st being the cost of a number of building products are down substantially from where they were just a few short years ago. Framing lumber, plywood and drywall are all down by a significant amount.

The labor force for the home building industry has also been devastated with the economic downturn. There are so many building contractors that used to be swamped with work that are finding it hard just to remain busy. The construction industry has been one of the hardest hit in Massachusetts especially out in the Metrowest area.

This environment has made it very difficult for contractors. Some contractors are so desperate for work they are seriously under bidding the value of the job just to remain working. Of course this is good news for home owners as they are able to take advantage of the lowered pricing scale.

Will I be over improving my Massachusetts home?

The question remains though on whether or not the home improvements you would like to make are fiscally responsible. One of the key factors on deciding whether an addition or large improvement makes more sense than moving depends on the neighborhood in which you are located. In other words does the neighborhood support the improvement you are thinking of making?

As an example if you live in a neighborhood where all the homes are around 2000 square feet and you would like to add a 500 square foot “great room” addition this could add a substantial amount of cost to your home. You would now be the big dog in the neighborhood which is a situation that you usually want to avoid in Real Estate. The rest of the smaller homes in the neighborhood will ultimately bring the value of your home down.

This situation could be completely different, however, if there were other larger homes in the neighborhood to support such a big addition.This where the neighborhood and the homes around you become a substantial factor in the decision making process.

Another thing to consider is whether or not the addition would create functional obsolescence. Using the “great room” addition again as an example, lets say you owned a three bedroom 1.5 bath colonial. Would the cost of the addition be an over improvement because you would still have a three bedroom, 1.5 bath home and the homes you would be competing against at the same price point when you got to sell are four bedrooms and 2.5 baths?

I have seen on many occasions where Metrowest Massachusetts home owners have made this mistake and it has cost them big time. For instance a common example is the owner that makes their current three bedroom home into four bedrooms by adding a substantial 2nd floor addition. The problem is they have no made their home “top heavy” The upstairs is very spacious yet the kitchen and family room are still on the small side and don’t match the overall square footage.

In this instance the owner could have been better off at buying an existing four bedroom home with more size in the key areas where most buyers demand it.

Over improving would be something you would want to avoid and certainly could be reason enough to consider moving instead of making the home improvement.

The case for moving 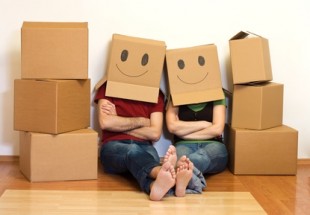 Now is a great time to upgrade to another home for a few reasons. The cost of money is very cheap! Interest rates are near all time lows and allow you to finance a larger amount amount of money for far less than you were able to a few years ago. You might be able to get a larger mortgage for close the same monthly payment you have now if you have not refinanced recently.

While the financial aspects of making a move or not should be strongly considered don’t forget the quality of life afforded by home ownership!

Sometimes the thought of whether to move or improve your Massachusetts home should be decided by the things you cannot change about your current property. Things like the amount of traffic on your street, the size of your lot and usability of the yard, how long your commute is to work, your neighborhood quality of life, the school district and the ease in which you get to major traffic routes and shopping. If you love where you are then improving may make more sense. Just make sure you make the right improvements.

If a different location would be an improvement before you even talk about the new home then trading up could be the way to go!

Sell a Massachusetts home in 70 days

About the author: The above Real Estate information on should I move or improve my Massachusetts home was provided by Bill Gassett, a Nationally recognized leader in his field. Bill can be reached via email at billgassett@remaxexec.com or by phone at 508-435-5356. Bill has helped people move in and out of many Metrowest towns for the last 24+ Years.

Home Improvements With The Worst Return On Investment