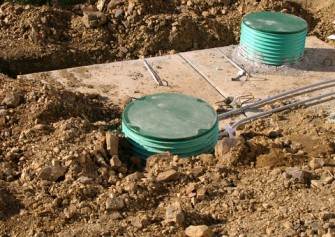 In Massachusetts the law governing septic system installation and maintenance is known as Title V. Whenever a home owner is going to be selling their home they will need to get what is called a Title V inspection done.

In order to close on a property in Massachusetts you will need to have a passing title V.

If a Title V test reveals that the septic system has failed a seller has two options in order to get to the closing table. They can either replace the system prior to closing or they can put an appropriate amount of money in escrow guaranteeing the system will be fixed. A third option could be to get the buyer to pay for the septic system although this is less likely to occur unless the buyer is desperate for the property.

One of the things a Title V inspection will reveal is what is known as the septic systems “capacity”. A septic system is “rated” according to it’s bedroom count. For example if a septic system has the capacity for four bedrooms it will say as much in the report.

One of the subjects I have written about in the past is bedroom count misrepresentation with septic systems. The are many Realtors that don’t even know this law exists and have put homes on the market stating there are more bedrooms than the septic system capacity allows for.

In other words if the septic system is only rated for three bedrooms you can not market your home as a four bedroom regardless if you have a room that qualifies as one. This is an easy way to get sued. Don’t make this mistake as it could be a costly one!

By the way, the qualifications of a bedroom must be a room providing privacy primarily used for sleeping purposes, have at least one electrical outlet, ventilation, at least one window, and have minimum dimensional criteria. There are also some towns where you need to have a closet as well although some also will accept space to house clothing such as a bureau.

One of the things that I made mention of in the article about septic system misrepresentation is how a home owner could potentially add an addition to their home that could be construed as a bedroom. It could meet all the criteria of a bedroom but not necessarily be used as such. 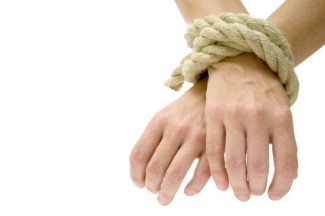 One of the things I have seen become more common place over the last couple of years is towns forcing home owners to put deed restrictions on their properties. This can happen because of the bedroom issue as well as another little know Title V rule.

When calculating bedroom count one of the rules of calculation is to take the number of rooms in the home and divide that by two.

For example, a proposed “game room” addition to a nine room, 4-bedroom house will create the tenth room of a house. Per Title 5, the number of bedrooms is calculated as: 10 rooms divide by 2 equals 5-bedrooms.

A deed restriction can be used so that a building permit may be issued for homes that exceed the approved septic design flow based on the total room count. The intention of the deed restriction is to resolve the possible conflicting Title 5 definition of a bedroom to the actual bedroom count.

This deed restriction is not intended for construction that will actually increase the bedroom count beyond the approved design. If sometime in the future the septic system is upgraded to meet additional bedroom flow capacity, or the house becomes connected to public sewer, the owner may request the Board of Health for a release of the deed restriction. This release also gets recorded at the Registry of Deeds.

A deed restriction is also not something that has to be done although the alternative to a deed restriction would be to seek approval from the Board of Health to upgrade the septic system in order to meet the proposed design capacity.

What I have found interesting about these Title V bedroom count deed restrictions is that some towns are fairly rigid with them and others are not. I know in my home town of Hopkinton MA the board of health regularly puts deed restrictions on properties using the room count divided by two formula.

About the author: The above Real Estate information on Massachusetts Title 5 bedroom count deed restriction was provided by Bill Gassett, a Nationally recognized leader in his field. Bill can be reached via email at billgassett@remaxexec.com or by phone at 508-435-5356. Bill has helped people move in and out of many Metrowest towns for the last 24+ Years.