How Expensive is Your Commute 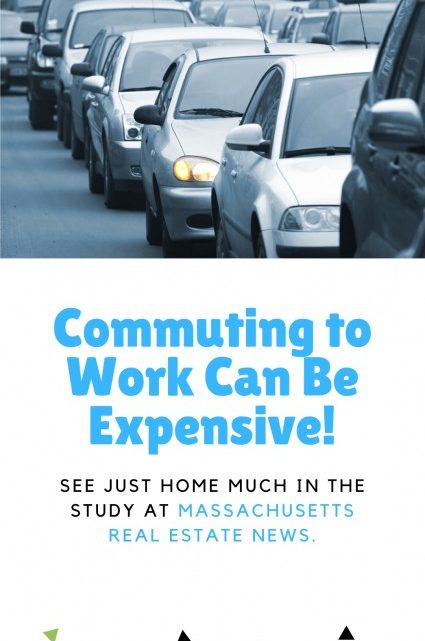 Commuting to Work Can Be Expensive

Any commuter can tell you that commuting is expensive. But the cost of traveling back and forth from your job every day goes well beyond just gas prices or train tickets. Commuting isn’t just pricey; it can also make you sick.

That’s the main takeaway of a new study by Clever Real Estate that looks at the global impact of a long commute, and digging into its overall findings may persuade you to tell your boss you’ll be working from home from now on.

Americans spend a lot of time commuting. The average American worker spends 46 minutes a day on their commute, but nearly a third of American workers spend an hour or more en route to and from their jobs. Five days a week, fifty weeks a year, and that time adds up. The average commuter spends a whopping 200 hours a year listening to talk radio in freeway gridlock, nodding off on the bus, or sandwiched between strangers on the subway.

That’s the equivalent of five weeks of full-time work, wasted; the average American worker would have earned $5,000 over that span of time. In Boston, which has an annual household income of $66,758, that figure rises to $6,675.

If you want to look at it another way, that 200 hours could also break down to thirty extra minutes of sleep every single day of the year. Either way, the waste of 200 hours represents a significant and painful loss to the average worker. 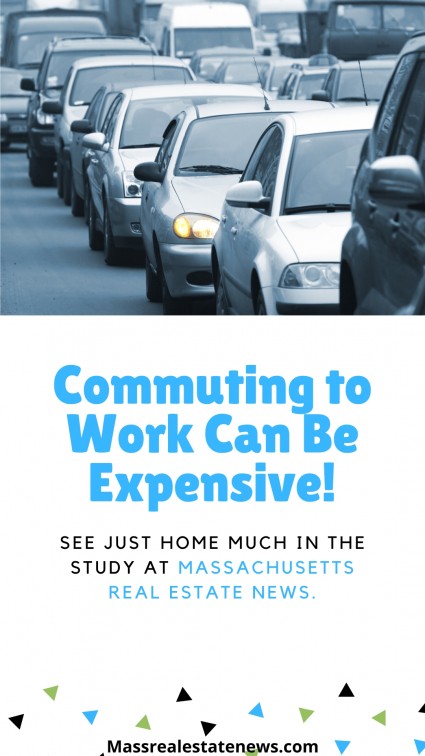 That loss of sleep or money is further compounded by the fact that you’re also shelling out money to commute. The average U.S. commute is 23 miles a day; using the AAA’s estimate of 8.94 cents of depreciation and maintenance per mile, and the national average gas price of $2.60 per gallon, that means the average commute costs drivers at least $1,249 a year.

Boston comes in slightly worse than average, with a 30.6-minute commute, and total annual costs of $9,716 a year.

That’s not all. According to State Farm, your insurance premiums get more expensive, the more you drive. After all, the longer you’re on the road, the higher the chances of an accident. And work vehicles cost more to insure than personal or pleasure vehicles. The high financial cost of commuting means you’re essentially paying money to go make money. And the impacts of that hidden tax hits different segments of the population much harder than others.

According to the study, lower incomes are associated with longer commutes. That means that the less money you make at your job, the more you have to pay to get there. Looking at that average annual cost of $1,249, the true cost is proportional. Paying $1,249 to get to work when you make $90,000 a year is a lot easier than paying $1,249 a year to get to a $25,000-a-year job. It’s true: being poor is expensive.

Here’s where it gets dark. Commuting is stressful, and those twice-daily bumps in stress can really bring you down, mentally and physically.

One study found that a twenty-minute increase in commute time has the same impact on overall life satisfaction as a 19% pay cut. Imagine how disappointed you’d be if your boss said they were cutting your pay by a fifth; that’s the effect of your commute going up by less than half.

Why is commuting so stressful? According to experts, it’s because it’s so unpredictable. Most of the time, when people are forced to habitually undertake unpleasant activities, they’re able to adapt to them, which lessens the subjective unpleasantness. But traffic is different every day; some days, a bottleneck might stop you for ten minutes, while other days, you might have to sit for half an hour. Even the good days only serve to remind you how bad it usually is. Commuting never gets easier, or less stressful.

And stress is bad for your health. Regression analysis of data from the County Health Rankings and Roadmaps found a clear relationship between lengthy commutes and poor health. Every additional one mile of commute distance increased the proportion of the population in poor health by 1.36%. Considering that the average commute in the U.S. is about 32 miles, a 50% increase in commute distance would mean a shocking 20% increase in poor health.

Using factors like average time to commute and total cost of commute (including fuel and maintenance), it’s fairly easy to see the best and worst cities for commuters. Let’s look at the five best and five worst.

The Five Best Cities for Commuting

The Big Easy is the best city in the nation for commuters, with a brief 24.5 minutes on the road, and a low annual cost of $5,244.

Upstate New Yorkers have it easy when it comes to commuting, with Buffalo coming in at 21.6 minutes and only $5.456 a year.

Wisconsin’s largest city is one of the easiest on commuters, with a 23.7-minute commute, on average, to go with $6.035 in annual costs.

Booming Oklahoma City offers a gentle commute of 25.5 minutes and only $6,158 in annual costs.

The Five Worst Cities for Commuting

The nation’s capital has the worst commute in the country, coming in at an agonizing 37 minutes a day, and $12,015 a year.

The coffee and grunge capital of America has nothing to brag about when it comes to commuting, with commuters wasting 30.7 minutes a day and $10,131 a year.

The Future of Work Is Home-Based

Commuting is a triple whammy; it costs money, it eats up time you could be using to make money, and it negatively impacts your physical and mental well-being. And that’s not even taking the environmental costs into account. Considering the well-established benefits of telecommuting, it might benefit employers and employees alike if we moved into an era when working from home became the rule rather than the exception.

When buying your next home use these resources to make smart business decisions.

About the author: The above article on how expensive is your commute was written by Reuven Shechter. Reuven Shechter is a Marketing Analyst at Clever Real Estate, focusing on creating fantastic content that educates home buyers, sellers, and investors. Reuven has seven years of professional writing experience with his current focus in commercial and residential real estate. He’s currently based in St. Louis, MO.

Previous Article How to Budget as a Retiree