9 Signs That You Need New Windows 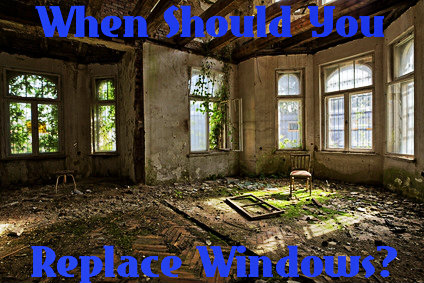 Do You Need New Windows? 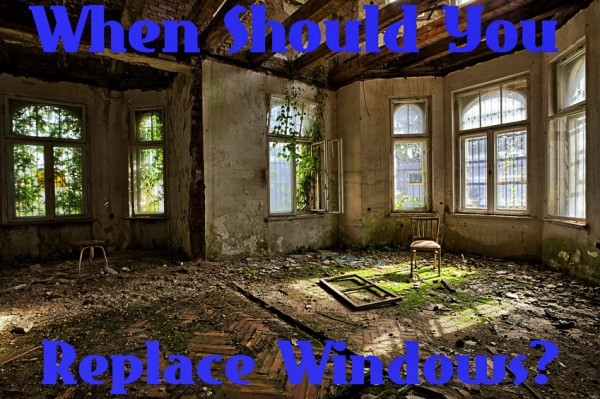 There is a lot more to windows than many homeowners realize. No wonder, then, so many procrastinate in replacing their windows, preferring to believe new windows aren’t necessary, when, in reality, old windows present many hidden costs, not the least of which is astronomical heating and cooling bills.

The main reason to invest in new windows lies within the hidden dangers of old windows; many older windows were produced prior to the advent of shatter proofing, and the glass in their panes has usually drifted downward over time, making higher portions more fragile.

Consequently, even with the application of shatter-proofing films, older windows break from far lighter impacts than newer windows. What’s more, sometimes their panes are so thin they shatter on their own because of no more than sudden, slight changes in air temperature or pressure. Not only does this create a large, open gap in a home’s exterior, but the shattered window glass can cause major harm to people and property. If you are selling a home one of the more common home inspection issues found will be some kind of trouble with a window system.

Rather than putting off window replacement, it is far better to update your windows if, indeed, an update is necessary. However, window replacement isn’t always absolutely imperative. In fact, to determine whether you should replace your home’s windows, all you have to do is go through the following checklist of signs that your windows have outlived their use.

Many older windows use crank-and-gear opening mechanisms that break down over time. If turning a window’s crank requires a lot of force, the mechanism is likely failing, and, as a result, the entire installation will need replacing.

Are your windows painted shut?

Not only does an inability to open a window in warm weather decrease a home’s airflow and make a room less comfortable, but a painted-shut window can cause equally hazardous issues. Often, painting a window shut was a fast, inexpensive means of insulating the window in an era when lead paints were prevalent. Troubling, as well, is the fire hazard painted-shut windows present: Any window for which egress is difficult or impossible can trap fire victims, turning a financial tragedy into a personal calamity.

Are your windows impossible to close without “Jerry rigging” them?

Windows that won’t shut without, say, leaning a chair against them or taping them with duct tape present the same fire hazard as painted-shut windows. After all, you might not have the time or ability to remove your makeshift jamb during a house fire. But windows that won’t shut properly also present the risk of unwanted entry into your home. In today’s world, you certainly cannot risk someone simply moving a chair and entering uninvited.

Do you insulate your windows with plastic?

The annual plastic-insulation project temporarily creates the same fire hazards in winter months – when Christmas tree and fireplace fires are common – as painted-shut and Jerry-rigged windows. Newer windows require no such insulation, being, as they are, far more sealed than their forerunners. Nor is window plastic a particularly satisfactory form of insulation because the plastic’s seal fails, undermining the entire system.

Can you feel a draft when you’re near your windows?

It wasn’t long ago when gasoline and fuel oil cost 10 cents a gallon; in fact, in 1997 a gallon of refined petroleum cost 99 cents everywhere in the country. It’s obvious, then, why many older homes still have fuel-oil furnaces and poorly insulated windows: We used to have plenty of cheap petroleum to burn.

Today, however, the same heating system and windows installed as recently as 15 years ago can cost a homeowner thousands per year in heating costs. Installing new windows can often reduce these costs exponentially, while also offering a major federal tax deduction for home insulation. Such savings add up and can go toward purchasing the natural-gas heating system that completes the savings picture.

Do your windows frost?

Idyllic as it might look, frosted windows is an indicator of structurally compromised window panes. Newer windows are often comprised of two panes with a small gap between them that helps moderate the glass’s temperature, while older windows are usually no more than one sheet of glass wedged within a sill. Already fragile from many years of temperature changes, as well as from gravity pulling their glass downward, such older windows can shatter from no more than a sudden cold snap.

Do your windows have lead weights?

Window weights – which counterbalance some older windows’ hinge-opening sashes – run between the side jamb and the wall in an outdated design that provides poor insulation. Yet the major problem with such windows is their weights are often lead, which was plentiful and cheap in a bygone area but, as we now know, is also highly toxic.

Since, unless you are a metallurgist, you will have no clue whether the window’s weights are lead or steel – even if you do find the weights’ access panel – assume they are lead in any window whose sash connects to its jamb via a rope; avoid touching them and have the window replaced immediately.

Are outside sounds voluble inside?

Sound and heat energy waves both travel easily over the air. So the fact that the barking of your neighbor’s dog sounds like it’s in your living room isn’t only a nuisance; it is a sign that warm air within your home can escape through your windows easily in winter months, to be displaced by – you guessed it – cold air. Adding insult to injury, poorly insulated, older windows can help that infernal hound’s howling keep you awake at night, in addition to driving up your energy bills.

Do your window jambs, sill and frames show signs of wear?

You would naturally replace a window if a baseball went through its pane, but the pane itself is only one part of a window’s overall structure. Everything surrounding it – including the sill, jambs and frames – can also deteriorate, creating air gaps in a window. Wooden window hardware is especially notorious for this, as wood rots and warps over time. Even if such damage isn’t obvious on the hardware’s exterior, it can still be an internal problem, so if your window hardware is wooden, assume the window needs replacing.

These are all signs that your windows could need replacement in the near future! 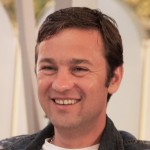 To learn more about whether your old windows need replacing, or for a quote on a window-replacement project in the Feasterville, Penn., and Morristown, N.J., areas, visit Global Home Improvement Inc.’s website or call us at 877-711-9850. Paul Kazlov is a “green” home remodeling enthusiast and an industry pioneer for innovation in home renovation. Paul writes for the Global Home Improvement Blog and strives to educate people about lifetime remodeling solutions such as metal roofing. Follow him on Twitter @PaulKazlov.

Previous Article How to Baby Proof Your Home

10 Improvements That Will Boost Your Property Value