How to Optimize Your Website For Your Real Estate Business 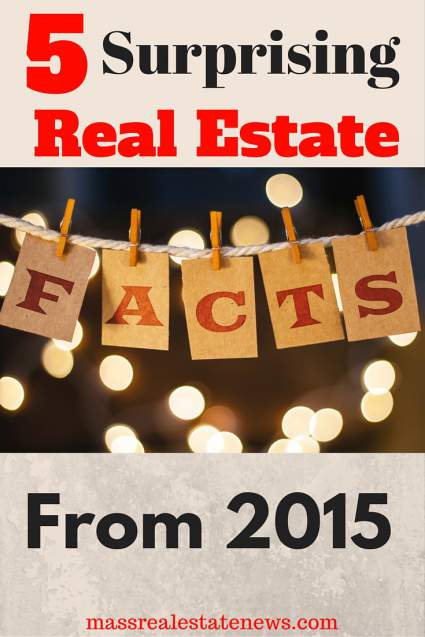 As the year starts to wind down, we all have a tendency to look backwards and review the past year. In the real estate business, I like to review a few news sources to see what has transpired this past year. Even though the year is not yet complete, the reports have come back with some interesting real estate stories from 2015.

Every year, there are new findings on which real estate markets are most popular, most expensive or most affordable. The demographics of buyers may shift and there are new reasons cited to buy or not to buy. From out of all of the normal real estate type of stories reported in the popular press, I have collected five that I found interesting and that I didn’t see coming.

Local Louisville Realtors have long known they’ve been sitting on a hidden gem with upscale neighborhoods like Seneca Gardens, the Highlands, Cherokee Hills, Deer Park, Dundee Estates, Strathmoor and Belknap. Now the rest of the country recognizes the popularity of 40205 as a top housing market offering easy access to parks, dining, entertainment and attractions. The 40205 zip code was chosen from a pool of more than 32,000 across the U.S.

Unlike other booming real estate zones, 40205 is blessed with a great interstate system in close proximity to most neighborhoods, so there is very minimal traffic congestion. With a blend of new construction homes and mature estates, the average home price is surprisingly affordable compared to nearby zip codes like 40204.

2. More buyers bid on homes they’ve never been in

Technology is truly changing the name of the game, reports Survey Monkey. In a recent survey, 21 percent of respondents said they’d made an offer on a house without having ever seen it in person. Among Millennials surveyed, the percentage was even higher at nearly a third. Even more surprising was the fact that 53 percent of buyers in this survey who paid more than $750,000 for their home made their offers without a tour.

New technology like 3D scans, video virtual tours and real estate apps are making it easier than ever to muster up the confidence to buy remotely. Live broadcasting of home walk-throughs using services like Meerkat and Periscope has been an exciting innovation for real estate agents this year. Even though less than half of buyers were confident with the accuracy of listing information on popular sites like Zillow and Trulia, it didn’t stop them from opening their checkbooks.

3. The first quarter of 2015 was the most affordable housing market in two years

According to Clear Capital and RealtyTrac data, it was twice as affordable to buy a home in the first quarter of 2015 as it was in the second quarter of 2006, when the market was the least affordable. Compared to a decade ago, the average U.S. home price is 12 percent lower, while the average wage has increased 34 percent and interest rates have dropped 44 percent – so that’s really where we see the 48 percent improvement in affordability overall.

Assuming a 3% down payment, monthly payments on the average U.S. home (including property tax, home insurance and private mortgage insurance) took up 36.5 percent of the average worker’s wage – which was down from 37.4 percent at the same time last year. At best, this number hit as low as 32 percent in the first quarter of 2012. Yet, it’s still a far cry from the second quarter of 2006, when monthly house payments sucked up 70.7 percent of the average worker’s wage!

“Affordability is improving in most markets thanks to falling interest rates and slowing home price growth,” said Daren Blomquist, VP of RealtyTrac. Currently, the interest rate on a 30-year fixed rate mortgage has dropped 13 percent from 4.34% in 2014 to 3.77% in 2015.

4. The number of first-time home buyers hits a 30-year low

The fading first time home buyer trend is even more surprising, given the last fact, that we’re in the midst of the most affordable housing market we have seen – and will likely see – for quite some time. According to the National Association of Realtors’ “2015 Profile of Home Buyers and Sellers,” first-timers only made up 32 percent of the market this year – down from 33 percent last year and 40 percent historically.

One of the biggest challenges for first time home buyers has always been saving up a down payment without a home to sell. Fifty-three percent of repeat buyers use money from the sale of their primary residence for their down payment. A quarter of new buyers cited savings as the chief reason for not purchasing a home this year. More than half of young buyers said they’re saddled with a median student loan debt of $25,000, which has delayed their dreams of home ownership.

Other reasons cited included: lack of affordable inventory and poor access to credit. Ninety percent of buyers surveyed said they worked with a real estate agent to bring all the moving parts together. Of those who did buy their first homes this year, the median age was 31, the median income was $69,400, and the typical home was a 1,620-square-foot property costing around $170,000. A quarter of first-time buyers used a gift or tapped into stocks and 401K savings for financial help.

By contrast, repeat buyers – particularly married couples with dual incomes — were responsible for the burgeoning market this year. The typical repeat buyer was 53 with a median income of $98,700. The typical home purchased was a 2,020-square-foot single family home costing about $246,400. This group relied on bank financing and home sale proceeds to fund their purchases.

Top luxury buyer real estate firms like Sotheby’s International and Wealth-X report that 2015 is a big year for the Ultra-High Net Worth Individual (UHNWI) demographic, which has invested roughly 10 percent of all assets in real estate around the world totaling nearly $3 trillion USD. Though this demographic prefers to remain anonymous and is notoriously difficult to track, some of the numbers trickling in do reveal impressive growth in the high-end market. For six consecutive quarters, investments in ultra-luxury real estate have risen, with an 8.3% year-over-year increase.

Foreign investors from countries like Brazil, Russia, India and China (BRIC) are investing heavily in luxury residential real estate in Western Markets, viewing their purchases as a safe haven for investment and an opportunity to enjoy a better lifestyle. New York and London continue to be top sellers among UHNWIs. In London, home prices have skyrocketed 42 percent due to an increase in demand. In New York, the number of $30M+ listings have increased to 114 from 73 since last year.

These are the most surprising real estate facts from 2015 so far but we have another month to go and who knows what will happen between now and the end of the year!